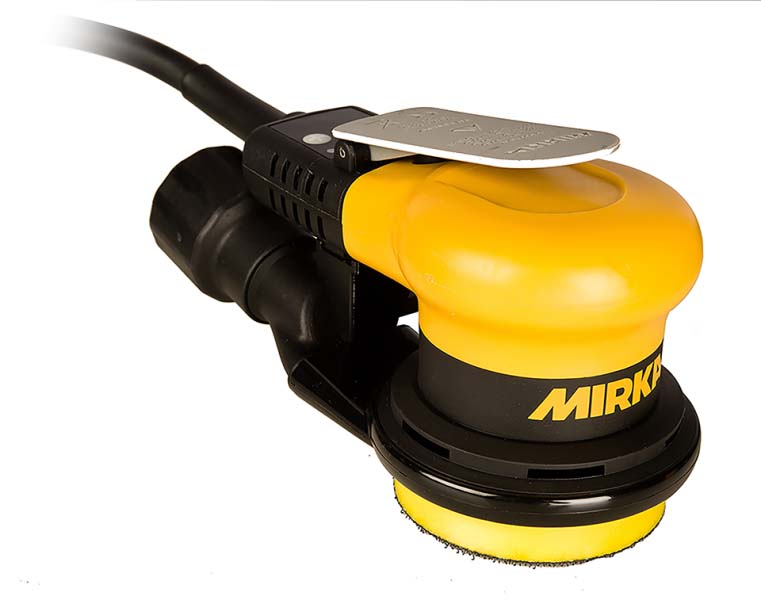 Consumer Contact:
Mirka USA at 800-843-3904 from 8:30 a.m. to 5 p.m. ET Monday through Friday or online at www.mirka-usa.com and click on Recall for more information.
Report an Incident Involving this Product

This recall involves 3-inch, 5-inch and 6-inch Mirka CEROS compact electric random orbital sanders. The sanders are yellow and black with “Mirka” on the front. A speed control lever is on the top of the sanders and a vacuum hose connector on the rear. The recalled sanders came with either a cardboard box or plastic carrying case, a 12-foot power cord, DC transformer (only in certain sanders), a wrench, a multi-hole backup pad and assorted abrasives. The 3-inch sander is model CEROS 325. The 5-inch sander is model CEROS 550. The 6-inch sander is model CEROS 650. Model names are on a white sticker on the back of the sander housing beneath the hand grip, and in certain sanders, the serial number can only be found on this sticker. Serial numbers are engraved on the side of the sander housing just above the dust shroud. Sanders with serial numbers in the following ranges are being recalled:

Mirka has received two reports of electrical shorting incidents which included the sanders sparking and smoking. No injuries or property damage have been reported.

Consumers should immediately stop using these recalled sanders, unplug them and contact Mirka for a free replacement sander.

Various distributors and independent retailers nationwide and online at Amazon.com and BeaverTools.com from January 2013 through March 2016 for about $500.